Yesterday, the other ASE and I were invited to the Enzan Memorial Museum of Art, located at the bottom of the mountain that our school sits atop. We were to see Myochin’s work.

Prior to this, I’ll admit, that I’d never heard of Myochin. I learned that Munemichi Myochin is a 52nd generation blacksmith. He is famous for his award winning wind chimes. His family originally started as blacksmiths making armor during the Heian Period.

After the boom of making and restoring armor, I think the story is that they began to make “hibashi” (metal chopsticks used to handle hot coals). And when the demand for hibashi diminished, he discovered that the chopsticks, when struck together, made wind chimes. These wind chimes are super famous. The sound that they make is beautifully “clean”. When I touched these wind chimes it reminded me of falling snow for some reason. There were many sets of the chimes placed around the museum. We were allowed to touch them. 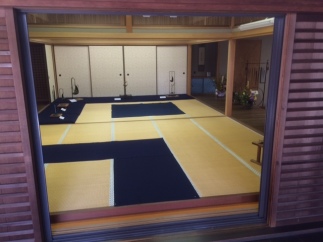 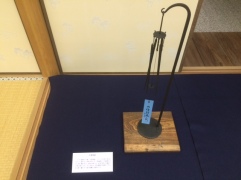 Famous Japanese composers used these chimes and now, many musicians who use synthesizers use the sounds that Myochin created without knowing it. Seiko, the Japanese watch company, worked together with Myochin to create this beauty. This watch is one of 3 that were made and retails for 3 million yen or $325,000 USD. This watch chimes and even has the clear sound of a gong. Youtube it. Its cray and amazingly awesome. 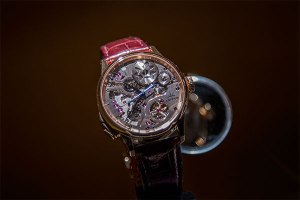 After touring the museum, we were treated to an informal Japanese tea ceremony. I’m really glad that I’d had a “tea ceremony” experience while in Arizona. I was super excited to remember how to hold my tea cup, to admire the craftsman’s work on creating my tea cup and to rotate my cup the correct number of times! I felt like a bawse! And it was a good thing that I did remember because we were accompanied by my supervisor and our principal. Good impressions, joe.

After tea, we were given a “private” history of Japanese musical instruments. We were even allowed to play some of the instruments and I will say that I didn’t suck as much as you’d expect. 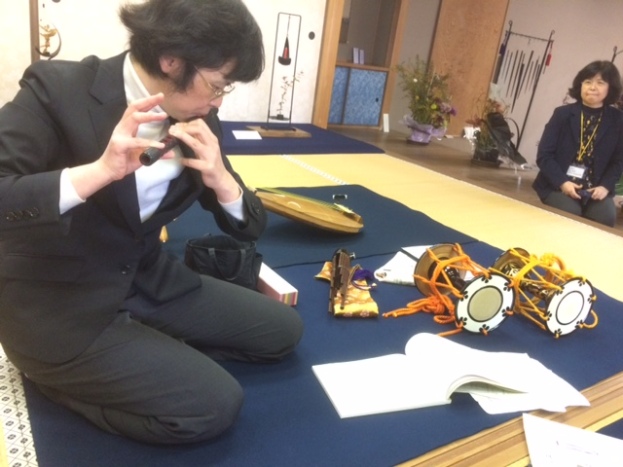 Overall, I’m really glad that we were invited. I’ll leave you with a beautifical picture of the Japanese rock garden. The small rocks are meant to represent the sea. While the larger rocks represent the islands. Which islands? I have no clue. Stop asking me questions. Appreciate it.