Every year for the last 30 years, Momoi Sensei organizes a trip to this sake brewery for a group of people. This year, I was privileged to attend. I went into this with a strong dislike of sake. I hoped that by trying different types/brands that I might find one that didn’t taste like garbo or jet fuel.

We met at the Aboshi JR station and walked to the brewery through side streets and alleys. There were about 10 of us walking from the station. By the time we reached the brewery our numbers were much bigger than I’d expected. The event was listed as BYOS, “Bring your own snacks”. I didn’t quite understand the importance of the snacks. That was, until I saw the massive amount of food that all the Japanese peeps brought. Take a look at those bags. They were not playing when it came to the snacks. They brought meals!

After taking this group photo, we went to the third floor. There were three rows of tables. We sat at the center tables. All around us people unpacked their picnic-like meals. This year I brought conbini/convenient store food but next year I will build the best bento ever!

Anyway, we were given these pamphlets and watched a explanatory video where the English speaker was dubbed over by a Japanese dude as Japanese subtitles floated on the screen. Needless to say, the pictures were a great help to all the foreigners. We each could pick out bits and pieces of the dialogue but nothing rounds out a picture like a picture.

Once the presentation was completed there was a tour of the sake operation. I totally missed the tour because I was doing hoodrat things with my friends but I made it back just in time for the return to the 3rd floor room. At each of our chairs there was two glasses on a white sheet. From what I understood, they used the sheet of paper as a contrast so that it was obvious that each sake served was different. Or had a different color. I’m really not sure if I explained that well or even if I really understood it. You’d think that they would use the paper to keep track of your sake tasting but nah. There was an unlimited supply of sake for everyone that wanted it. Each person paid ￥500. Or $5 if the exchange rate is good.

Remember when I said that I didn’t like sake? Welp, that’s no longer true. I should amend that by saying that I don’t like cheap sake. And really, who does? The first sake that we tasted was sweet and the second was as well. I learned that they were mother and daughter. I’m still not sure what that means.  But it doesn’t matter because they were my two favorites. The third was a little different. All of them were very unique and delicious but the first two were my sweet spot. 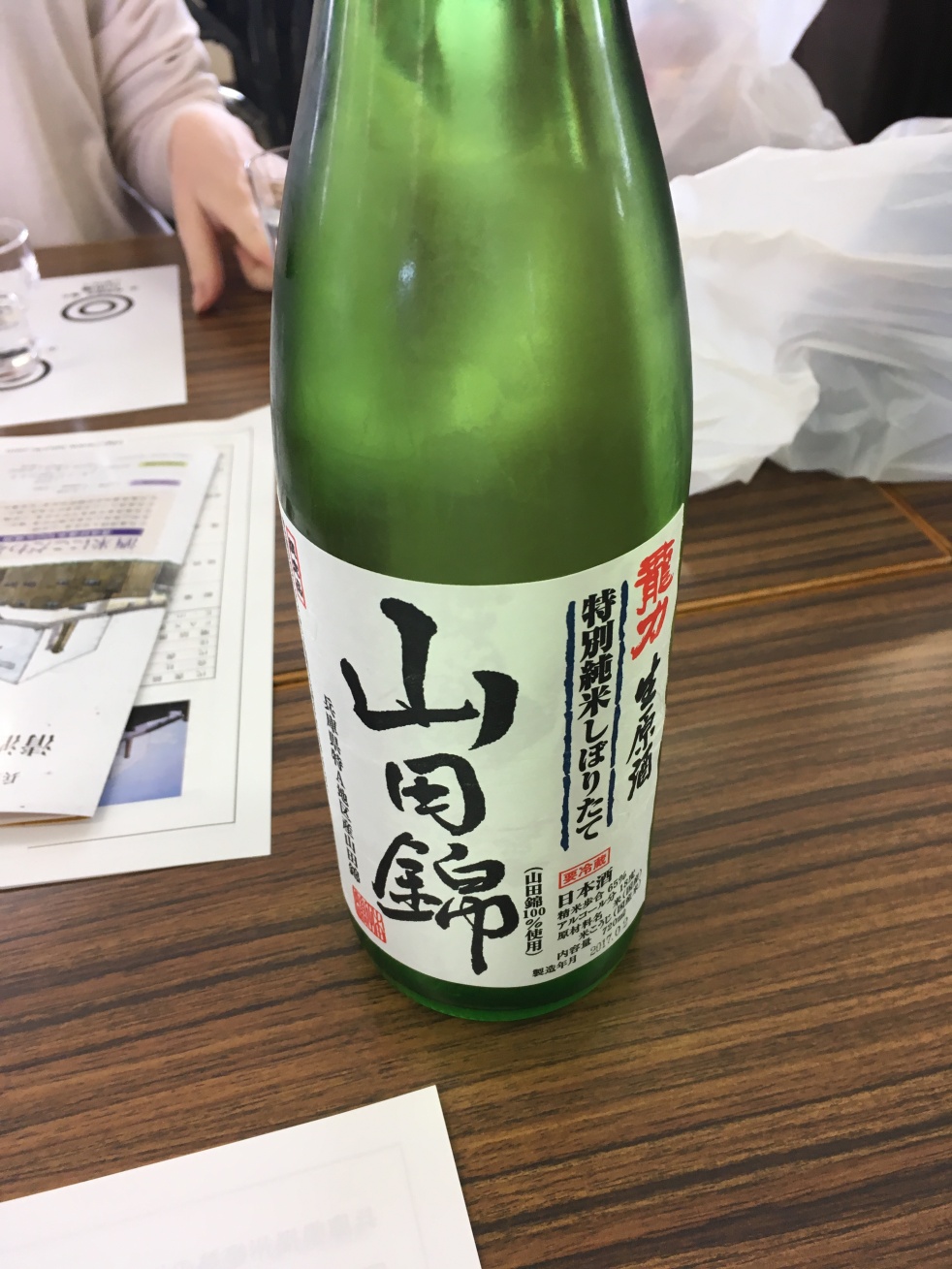 You may be wondering, “Christina what did you learn about sake?”. WELL… I learned that the quality of the sake depends on a few things. First, it depends on the quality of the rice. Second, it depends on the amount of polishing that each grain of rice receives. Hopefully you know that rice has a hull. Cheaper sake is made from rice that has only been polished a little. The higher quality sake is made from rice that has been polished a whole lotta lotta lot! And its more expensive because of the extra time and work involved in making a quality product.

So once the rice is polished it is then washed and steamed-cooked. Then its mixed with yeast and koji, which is also yeast. Then its fermented and more water, yeast and koji are added over a 3 day period.