As you know, I’m the biggest kid that exists. So it should come as no surprise that I really loved the Lego Movie. A few years ago, I was a Teacher’s assistant in a third grade class where the boys were all obsessed with Ninjago. I’ve read more of those books than I care to admit. Seriously, you can finished those little books in a few minutes, easy.

I found other people who were also excited about the park opening and we made plans. It became a real thing when we bought the tickets. One of the crew knew someone living in Nagoya and bam we had a place to stay in exchange for covering their entry into the park. 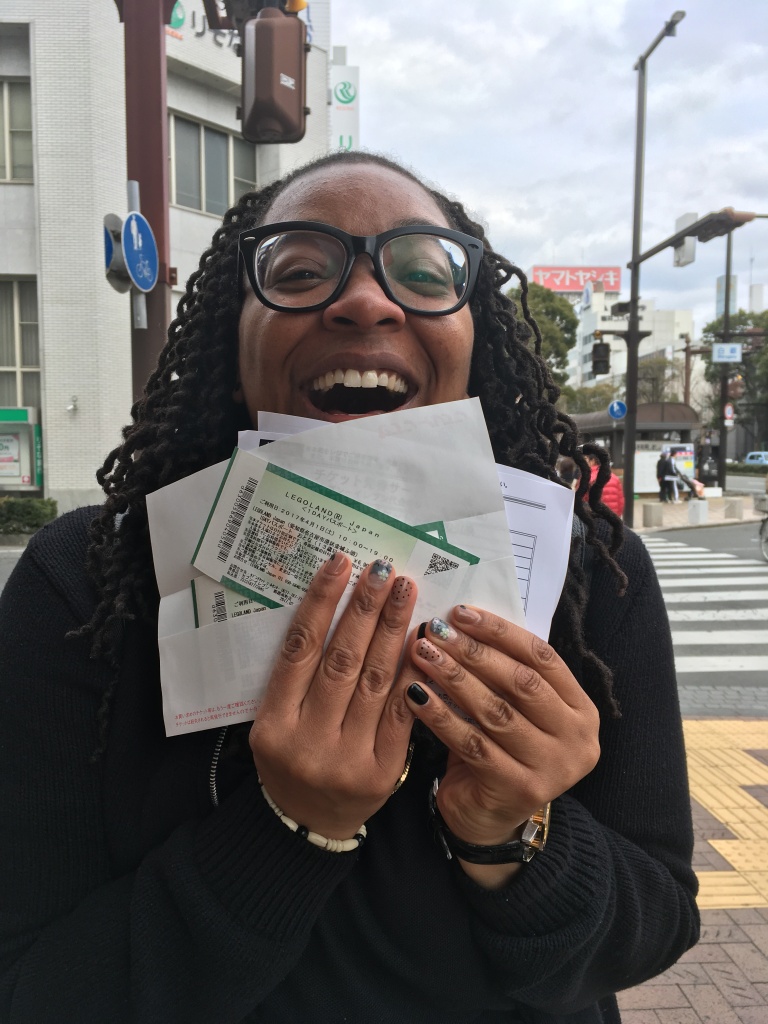 The night before we visited the park we spent time at the Onsen relaxing. I’m always very aware of my tattoos when entering onsens. Signs are clearly posted at the reception desk, in English, concerning the prohibition of tattoos. I have been to a few onsen and have never had an issue. However, there is always the concern that this time will be the time when someone complains and asks me to leave. Thankfully, this didn’t happen here and we were able to enjoy the experience together.

The morning of we had breakfast at a local spot then drove to the park. It was a dreary and rainy morning but nothing could dampen our spirits and excitement. We were on 10! There were lots of Danish people handing out Legoland flags, a small media pit where Japanese journalists had huge cameras and stopped us to ask us questions. It was an amazing experience. All of the workers spoke English and Japanese. They were friendly and genuinely seemed excited when we commented on how cute their various name tags were.

To be clear, this park is and was intended for small children and their guardians. However, as I’ve said before I’m a big kid and care nothing for age restrictions. We rode every ride we could comfortably fit on. We squealed, took selfies, and did all the things I wished I was able to do as a child. We bought cool souvenirs and trinkets, ate everything and wandered around that park all day. We were decked out in our homemade lego headbands and bow ties.

After the excitement of Legoland, I wanted to enjoy the seasonal flowers. Tulips are almost as big of a deal in Spring as cherry blossoms. So I took a short trip to Hyogo Flower Center. There were much larger and more famous places to view the tulips but this one was closeby and cheap. An hour bus ride was all it took.

I really enjoyed seeing the different varities of tulips, learning about the species and hybrids and seeing all the people jockeying for positions to get pictures with the flowers. I think my favorite type of tulip changed with every flower I saw. It was hard to choose just one.

At the park we walked for a bit then put our names down on the list to have lunch at the restaurant. We then walked around until it was our turn to eat. We sat out on the patio and enjoyed our meal with a fantasic view of the flowers. 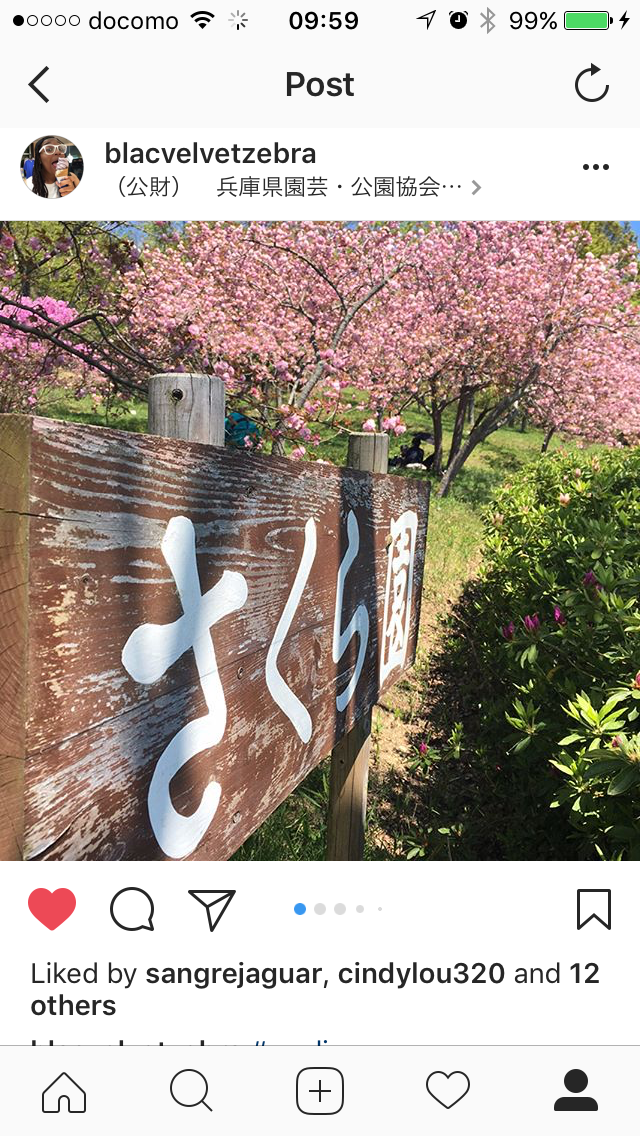 Because we arrived in Japan in August 2016, we missed the cherry blossoms. This was my first time seeing them and experiencing Hanami, cherry blossom viewing. A bunch of the people in our building, all foreigners, decided that they wanted to have a cherry blossom viewing party in front of Himeji Castle. But we weren’t the only ones. Loads of people showed up and it was difficult to get a spot for a large group. But thank God for rain. It started sprinkling and many people started to leave which gave us an opening. We brought snacks, drinks and sat around talking within our group and to strangers. This picture is from one of these random conversations with strangers.

These two pictures are from a rainy bike ride with a friend. For some reason, I think the rain makes Himeji Castle look better than it does on sunny days. Unfortunately, my camera isn’t the best and can’t quite capture the contrast between the grayish blue sky and the pristine white castle.